Hope you all are doing well! Here in Israel we just celebrated Purim, the Jewish Holiday that commemorates the freedom of the Jewish people from Haman’s evil plot to wipe them out, as we know from the book of Esther in the Bible.

As I’ve been thinking about freedom today I was drawn to Psalm 32:7:

“You are my hiding place; You keep me from trouble; You surround me with songs of deliverance.” – Psalm 32:7

This is such a beautiful verse to think upon right now as many of us are locked up in our homes or neighborhoods because of COVID regulations. It’s also a verse that the youth at Succat Hallel (our house of prayer in Jerusalem) have been praying from, as they pray for young people across Israel at this time who are struggling with loneliness, disappointment, and depression.

Israel has had more lockdowns now than any other country, a total of 139 days! Many of the young people here, as in other parts of the world, are suffering from depression, anxiety, and hopelessness. Many are also suffering from increasing violence in the home.

Teen crime and suicide have also been on the rise. These are the ones we’ve been interceding for in the youth watches, that they would have a revelation of the love of God – of Yeshua Himself!

We’re glad we’ve been able to keep up the youth watches in the prayer room in smaller groups of five or ten. A lot of new teenagers have been coming and saying how it’s a real lifeline for them at this time.

I’d like to share with you some pictures and excerpts from the Dor Haba Youth Collaborative art project. It’s the illustration of a dream about a 15-year-old boy who gets set free from these heavy mechanical wings symbolizing sin and emotional burdens. He comes to find his true identity in Yeshua.

Arab and Jewish believing teenagers have been working together on this short illustrated story that we’d like to print in Hebrew, English, and Arabic.

Here is an excerpt: 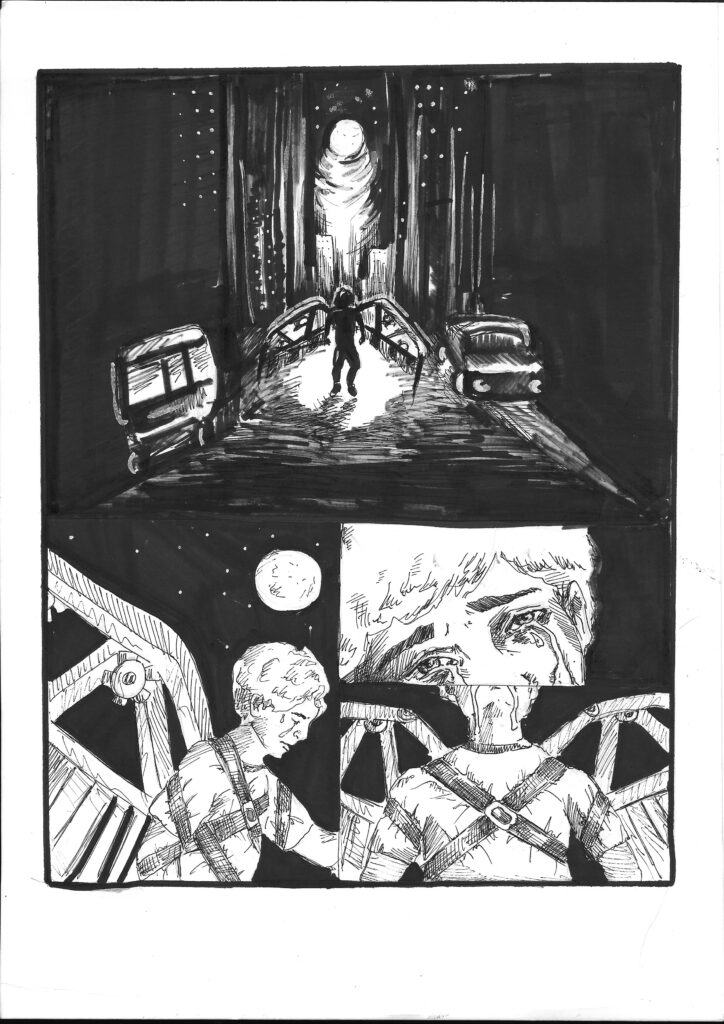 The wings were not functional or able to fly. They were just attached to him – weighing him down and dragging behind him. They were painfully heavy burdens to carry. Even the coloration of his skin was grey because of how painful these wings were.

I began attempting to take the wings off of him. However, the pain was too great. Every time I tried to remove the straps, the boy would fight me because it would cause increased pain and suffering.

It seemed like part of the reason he was fighting me was because he thought he would almost die without these wings. He was not just trying to protect himself because of the increasing pain.

Eventually, the pain became so unbearable the boy began crying and then fainted because it overcame him. 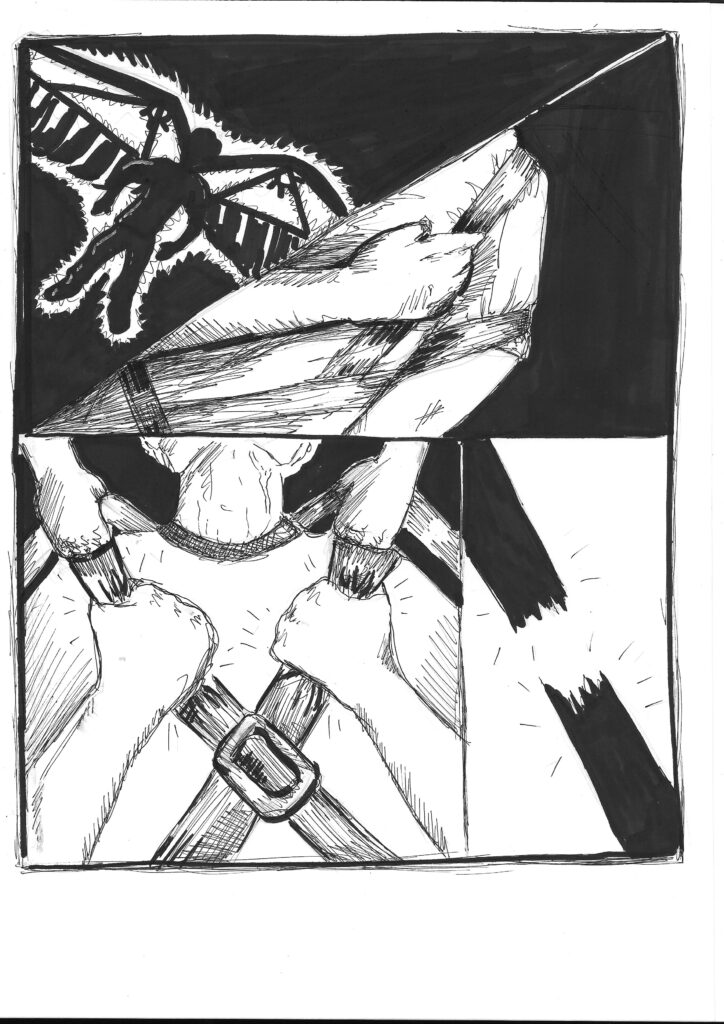 A few moments later, the boy suddenly woke up. It was as if he realized he had to be free from this contraption – the wings that were tied to him. He began helping me remove the wings. He wanted to be free! After some struggle, he was finally able to break the straps off!

At the exact moment the huge, heavy, dark, mechanical wings fell off of the boy and the straps broke off of him; these massive, strong, white, feathery wings sprouted out of his back. They just burst out of him and lifted him up into the sky!

Instantly, the boy was totally revitalized! The grey coloring of his skin was gone. The weakness was gone. The way he looked sickly and skinny was completely gone.

He looked strong, healthy, and full of life. He was radiating with this shiny glow that showed he was fully restored. 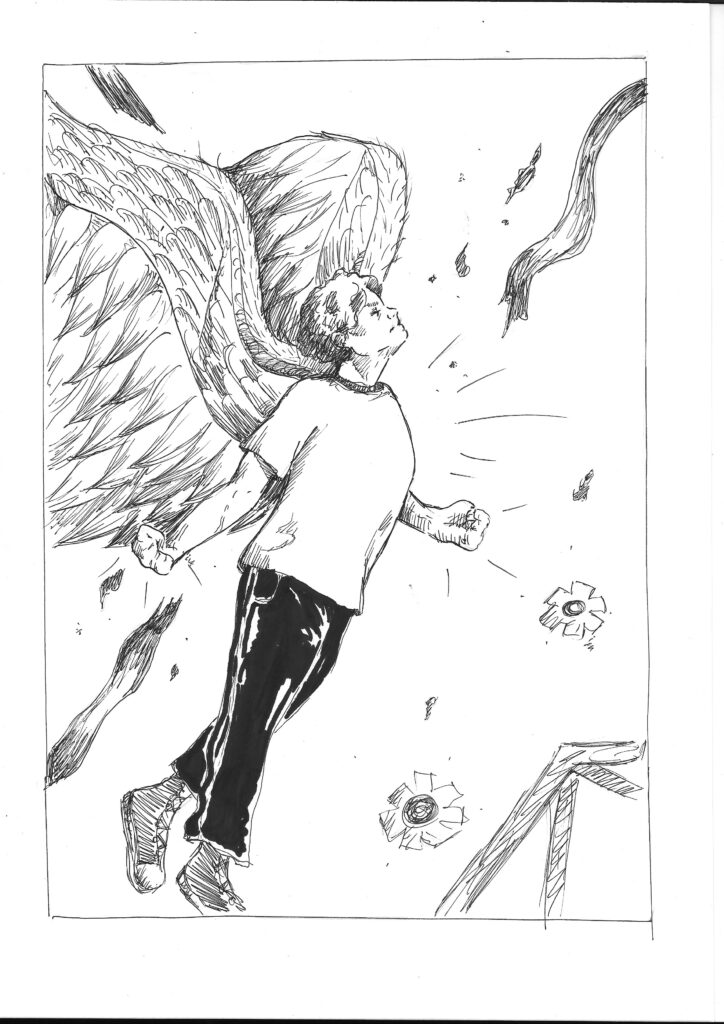 As the boy was flying with his new wings, I heard the voice of the Lord speak to him:

“This is how I see you. This is how I have always seen you. I now commission you to not only operate in your true identity as a Warrior Angel for my Kingdom, but also to help others be free from the burdens that are similar to what you carried. Help them know their true identity, so their wings can also be released.”

After the illustrated telling of this dream, there is a prayer to receive Yeshua and to walk the freedom He gives us. Following the prayer, there are scriptures in Hebrew and Arabic that speak about freedom from bondage, hope, and identity.

Again, this is a project produced and illustrated by Jewish and Arab teenagers together. It’s in addition to a Bible podcast project they are working on.

We appreciate your prayers for this project as well as another music video of an original song written by the youth themselves at the Dor Haba Collaborative in Tel Aviv. Also, for the completion of the next eight Voice of One Calling songs in Hebrew and Arabic (following Worthy of it All and Oceans).

We send our love and appreciation to all of you who are partnering with us in this ministry, whether financially and/or in prayer. Your prayers are so crucial to His Kingdom coming here in Israel among the Jewish and Arab people!

So let’s keep on keepin’ on…

In Yeshua’s joy and freedom,