Blessings in Yeshua (Jesus)! To those of you who are new to the Dor Haba (Next Generation) Update from Israel, welcome. Hope you had a wonderful Jewish New Year (Rosh Hashanah) and Feast of Tabernacles (Sukkot), if you celebrate.

“For I do not desire, brethren, that you should be ignorant of this mystery, lest you should be wise in your own opinion, that blindness in part has happened to Israel until the fullness of the Gentiles has come in. And so all Israel will be saved, as it is written: ‘The Deliverer will come out of Zion, And He will turn away ungodliness from Jacob; For this is My covenant with them, When I take away their sins.’” – Romans 11:25-27 [NKJV]

Israeli soldiers and Palestinian students praying together for revival

This past month, before the holiday, Dor Haba hosted a gathering at Succat Hallel (a 24/7 house of prayer in Jerusalem) for young Jews and Arabs. We had a wonderful time of worship together in Hebrew and in Arabic.

Two of our Israeli staff gave a very anointed message encouraging everyone to pray for each other, their schools, their universities, their army units, and their people. We prayed in two’s and three’s, each one praying with someone they didn’t know yet. They prayed for revival and awakening among each other׳s friends, families and communities.

Praying in small groups at a Dor Haba event for young Jews and Arabs at the Succat Hallel house of prayer in Jerusalem.

In addition to the Israeli Jews and Arabs who came, there were about almost 30 Palestinian Arabs, from the West Bank, who joined us. We had a special time of prayer for them, and them for us.

It was beautiful to see Israeli soldiers praying for young Palestinian believers and vice versa. We have been in fellowship for years now with each other and there is beginning to be a real sense of family whenever we get together. This is something that only the blood and love of Yeshua can accomplish. 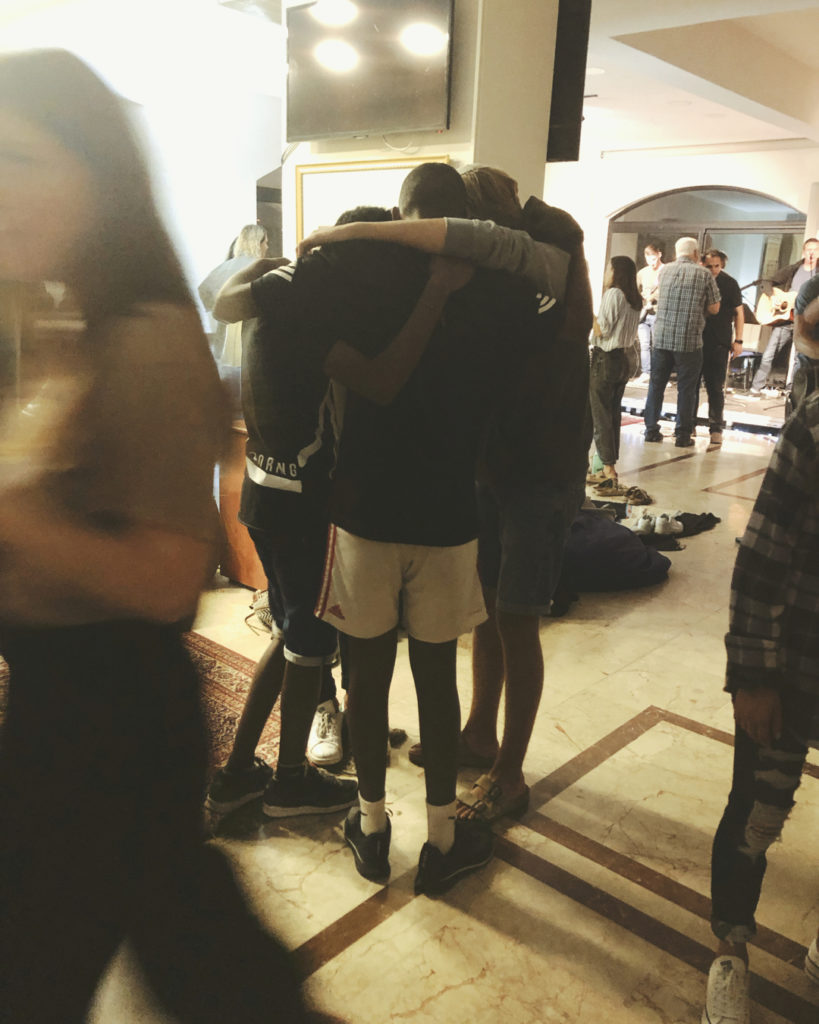 A 20-year-old believer, originally from Gaza, and now the West Bank, who has been coming to the Dor Haba camps and worship nights for four years now, came up to me with tears in his eyes at the end of the evening. He said, “All of you are like family to me. This is my family.”

We had prayed over him that night, as he’s moving to Jordan to study in college for two years. He first came to the Dor Haba camp at  age 16, learned how to play keyboard there, and has been leading prayer and worship sets at the prayer house for this past year.

This is a difficult country to live in, full of turmoil, pain, and prejudices between Jews and Arabs. Evenings of prayer and worship like this can really bring a breath of fresh air to young believers in the Land.

Outreach and fellowship in the Old City

This past month we also took an outreach team from Dor Haba, consisting of young adult volunteers and a few Israeli believing teenagers who are involved in leading worship at the house of prayer. 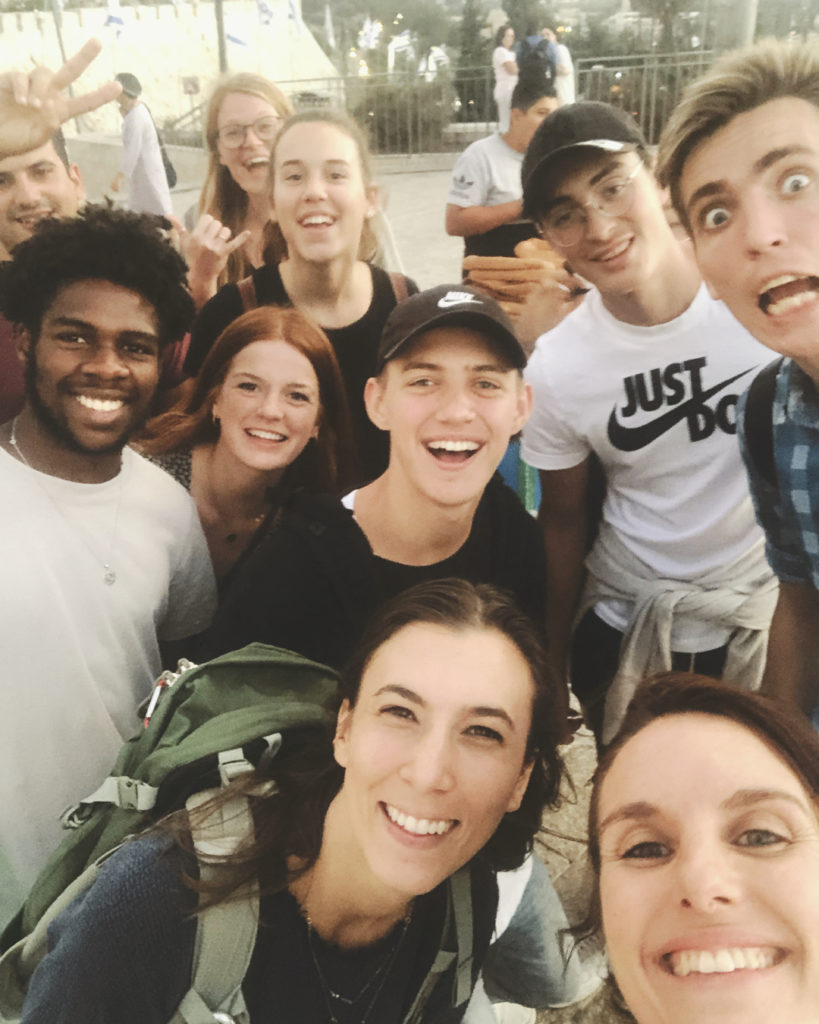 We went to minister together in an Arab youth group in the Old City. The youth leader shared with us that most of the young people there had never received the Lord personally.

A 19-year-old from our young adult staff shared his testimony with them about how he received the Lord from a very broken place in his life. Although he grew up with a believing mom, and in a Messianic congregation, he only met the Lord and received the Holy Spirit at age 16.

The Israeli teens who came with us led some worship, which led into a time of prayer and waiting on the Holy Spirit. His presence was very tangible. 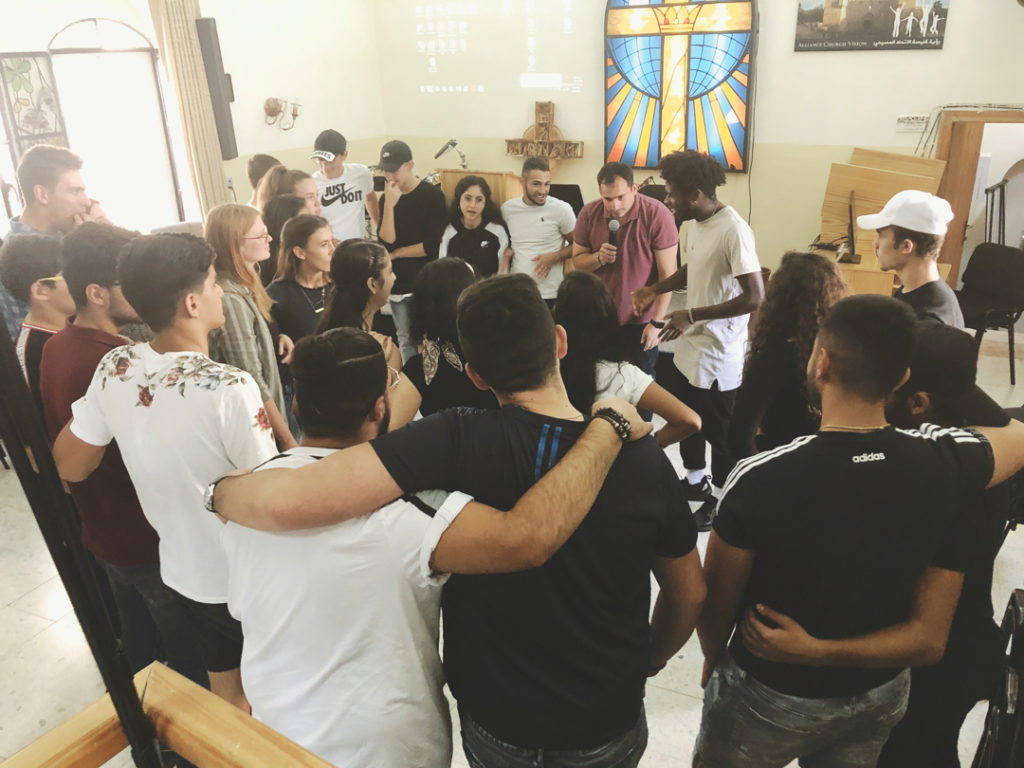 We are thankful for this, and for the fellowship that took place between the teenagers. They had fun playing games together and eating pizza. Please pray that the seeds planted will bear much fruit!

A new generation of intercessors

Please pray for the youth and kids’ watches this week at the house of prayer in Jerusalem.

Israeli children praying for Egypt at the kids’ watch at the Succat Hallel house of prayer in Jerusalem.

The youth watch at the Succat Hallel house of prayer in Jerusalem.

God is raising up a new generation of intercessors in Israel, and in the nations, who will help birth His purposes on the earth.

Abba, may Your kingdom come in Israel as it is in heaven, as these young ones worship you and intercede on behalf of their nation and their people!

I was so blessed to have been in Ohio this week, sharing in various places about Dor Haba and visiting with some of you!

Thank you for your prayers and faithful partnership,