Lebanese and Israeli kids join together in prayer 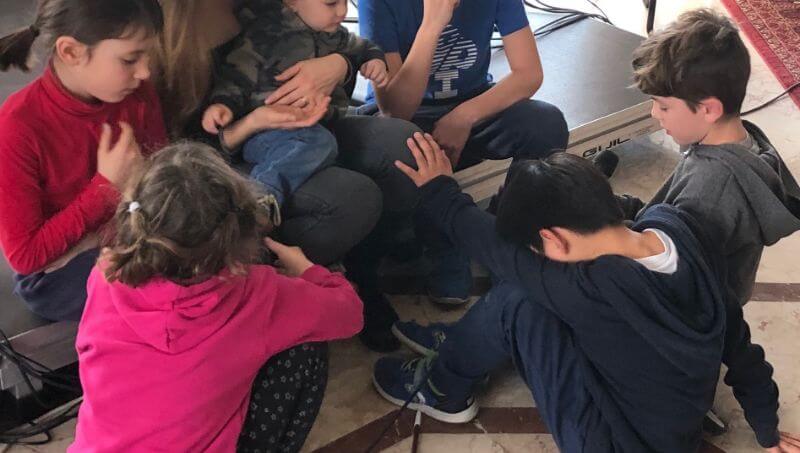 Perhaps you’ve read in the news about the recently-discovered, Hezbollah-built tunnels going from Lebanon into Northern Israel. You’ve probably also read about the concerning increase of power given to Hezbollah in the recent government elections in Lebanon.

However, in the prayer room in Jerusalem, another side of the story between these two countries is told. This week in the prayer room, a family from Lebanon came to visit! They came during the younger kids watch and joined in the worship.

That day, my daughter, Zoe, who is 6 years old and full of life, excitedly sat at the piano to play 2 new Hebrew worship songs I had taught her on piano. She had been waiting to play them at the worship watch. Shalev, who is 8 years old, was on drums, Yohan sang and played the conga, and others drew, danced, and worshipped throughout the room.

Meanwhile, in the back room, the 4th-6th graders were preparing for their prayer time. In walked this family from Lebanon. Their four kids quickly grabbed flags and began worshipping with the Israeli kids at the kids watch. It was so beautiful!

These are the scriptures, among many, that came to mind.

You have taught children and infants to tell of your strength, silencing your enemies and all who oppose you.

I am convinced that these “powerless” Lebanese and Israeli kids were foiling the plans of the enemy as they worshipped together and blessed each other instead of cursing each other. It was such a beautiful thing to witness! And a powerful thing in the Kingdom of God.

Each week, the kids at our prayer watch pray for a different Middle-Eastern country on the Isaiah 19 highway and this week, they got to worship with kids who come from Lebanon! I believe we will see more and more of this unity and joining of hearts among the younger generation, even among children, in the hours and days to come, here in the Middle East.

(We do not have any pictures from the prayer time with the kids from Lebanon. The picture above is actually from the kids watch one week earlier. At this watch, we were joined by a family who are starting a kids watch at a House of Prayer in Germany. Our kids were praying for them, that God would bless the kids watch that they are starting there.)

Back in the studio with young Jewish and Arab song-writers….

We are working now on the 2nd Voice of One Calling album. You can hear and find out about the first one here.

This one will be a compilation of Hebrew and Arabic songs sung together in one unified voice by young Jews and Arabs from Israel and the surrounding region. Many of the songs are original and written by believers ages 16-25. 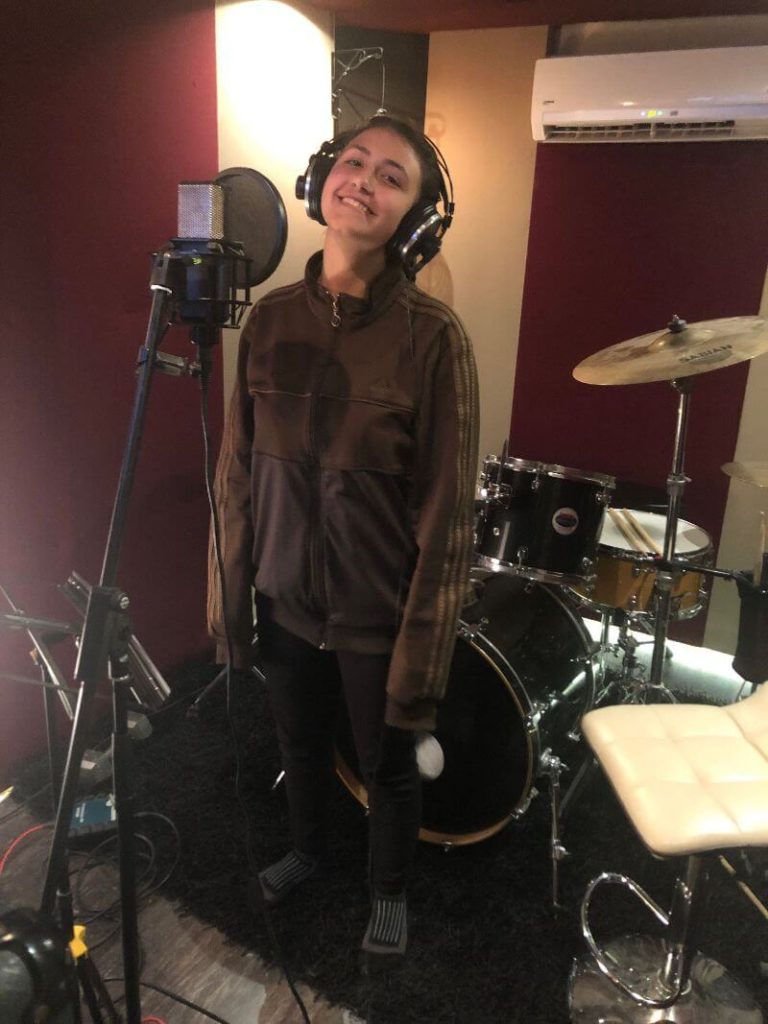 And a few of the songs are well-known English worship songs, sung in Hebrew and Arabic. The idea is to capture the unique sound of worship that these young worshippers are releasing as they come together in honour of their coming King, Jesus! (“Yeshua” in Hebrew, “Yasua” in Arabic.) 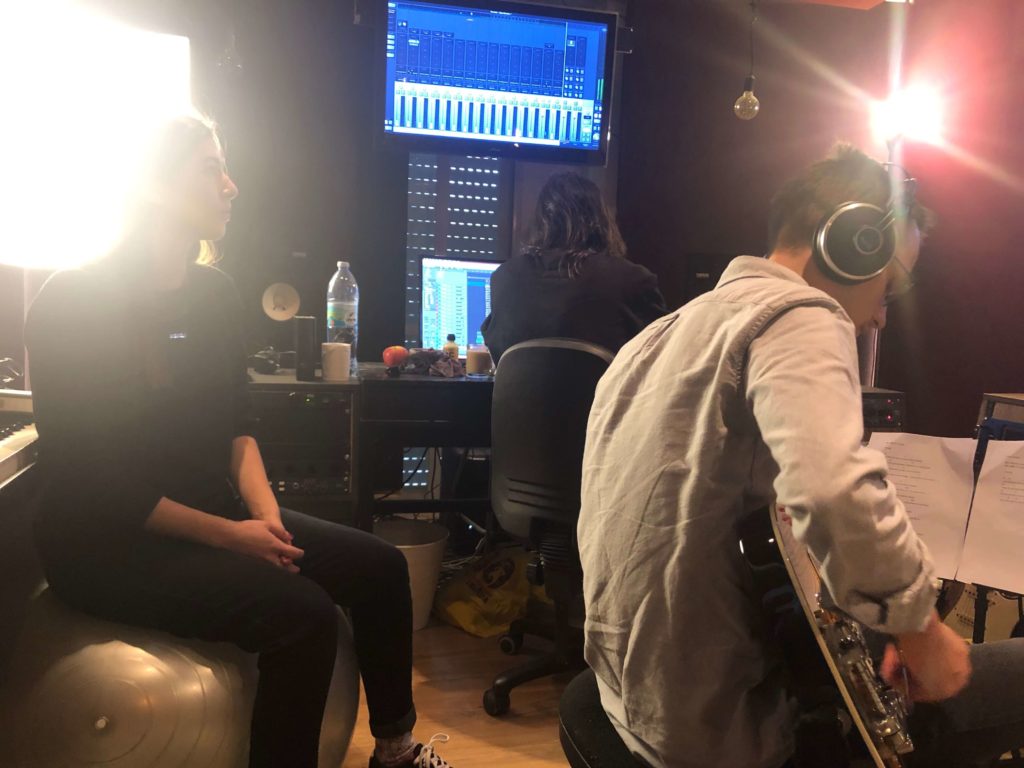 Please pray for Amit, the secular Israeli sound tech in his 20’s, who is engineering the project. We were able to share our faith with him. He has already been quite visibly impacted by the love of Yeshua coming from all the musicians and singers who come to record and by God’s presence as we worship in the studio. 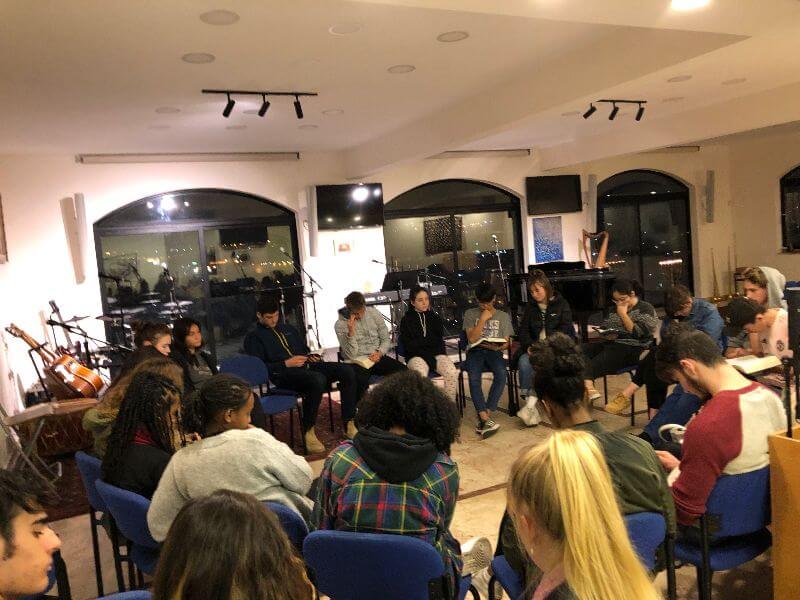 For years now, teenagers from various congregations in Jerusalem have been gathering every Tuesday for three hours at the House of Prayer. For the first hour they worship through “Worship in the Word”. They basically take several scriptures and meditate on them through reading, praying and singing them together.

During the 2nd hour, they do a Bible study and receive teaching, and the 3rd hour is more worship and intercession for the lost, for Israel, for their generation, for the nations and whatever else God puts on their heart to intercede for.

For the past two months, during the 2nd hour, we’ve been studying the life of David in the Bible.

As we’ve been conducting this more like a bible study than a teaching, it’s been beautiful to hear the insights they are getting from reading about David’s life.

They are expressing inspiration to follow David’s example in the following areas:

Please join with me in praying that God will continue to raise up a generation of Davids, young ones after His own heart! In Israel and in every nation.

Thank you once again for reading. And a big thank you to those who have been praying for Alma, the young lady I wrote about in last month’s newsletter who had two dreams about the Lord. I am meeting with her again this week!

We appreciate your faithful partnership and prayer.

Dor Haba is a ministry of Succat Hallel, a 24/7 House of Prayer in Jerusalem, Israel. It is run by Tal Rosenfeld, Israeli-American worshipper, producer and mother of 8, alongside other passionate Succat Hallel volunteers and staff.

Tax-deductible donations given here will go toward Tal’s salary as director of Dor Haba ministry projects within Light to the Nations (Succat Hallel). Or you may choose to give toward a specific project or initiative within the ministry.