We want to thank everyone who prayed and gave to make the Dor Haba kids’ conference and youth conference possible!

Not one gift or prayer was in vain.

Seeds were planted deep in their hearts, and fruit is already appearing to His glory and by His grace alone.

It’s really a miracle that we haven’t heard of one single case of COVID-19 resulting from our time together, and I know this is because of your prayers and God’s grace.

Yeshua is so good!

It was beautiful to see so many kids worshipping and praying together in Hebrew and Arabic. They made beautiful art, dance and drama as well!

The central theme was from the first part of John 15:5:

We encouraged them to stay close to Yeshua, in Abba Father’s word, and in prayer and through the Holy Spirit to bear much fruit for the Kingdom. 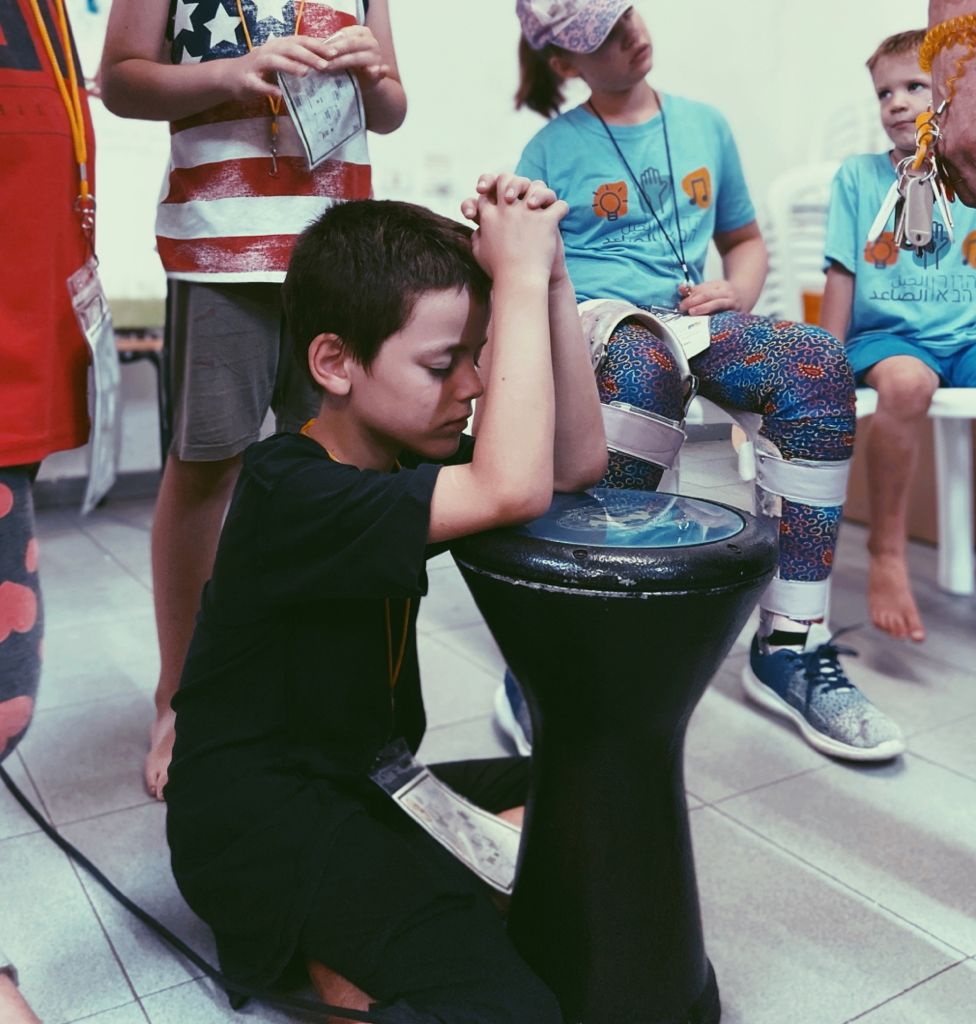 We witnessed them using their gifts of leadership, hospitality, creativity and friendliness to bring unity and love among two people groups who are systematically taught to hate each other, especially at a young age.

Over 50 children came forward on the second day to make a decision to repent and follow Yeshua either more closely or for the first time at all. 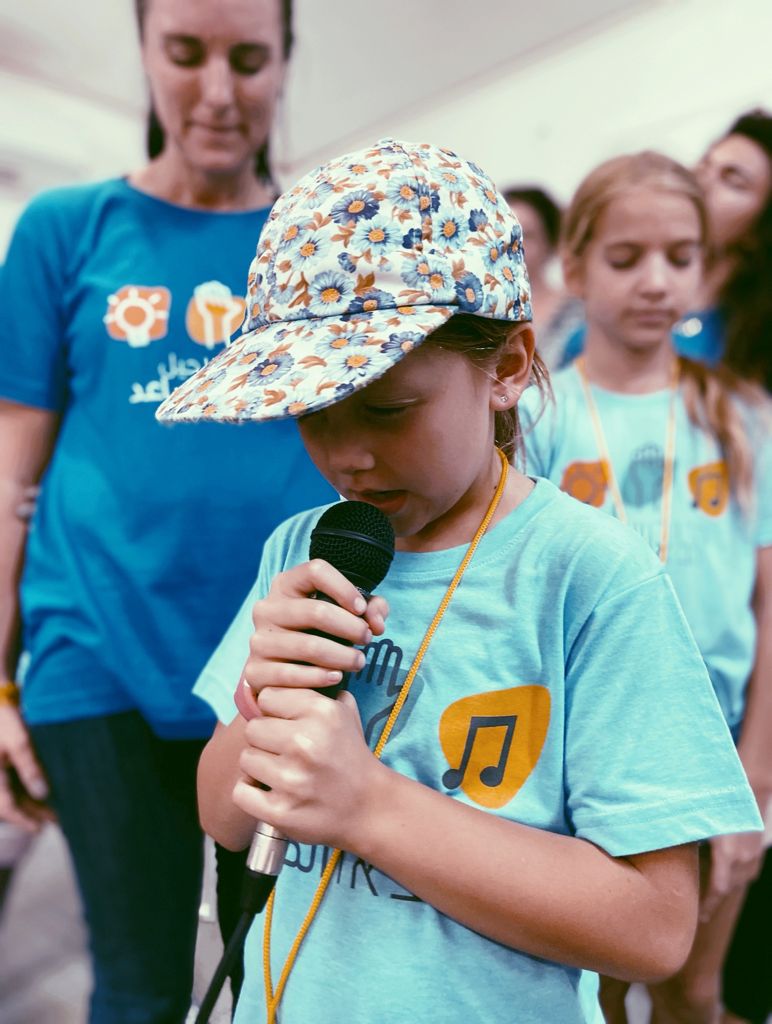 We were blown away by their sincere prayers, their worship, and the beautiful things they made to express John 15:5 during the Prayer and Worship Meeting Led by Kids on the last day.

It was truly a joy to be there and see what the Lord was doing in them and through them.

As youth began to register for Dor Haba, we were sad to hear that the Arab youth who usually come from Bethlehem and Nazereth were not able to come this year because of COVID restrictions and lack of permits.

We prayed that God would send other Arab youth to join with their Messianic Jewish brothers and sisters at Dor Haba, and He did!

They came mostly from Jerusalem and Haifa, from various congregations who have not been a part of the conference in the past but who were eager to come now, including six Arab teenage guys who came with signed parental permission (one of whom prayed to receive and follow Yeshua on the last night!).

So in the end, even after some last-minute cancellations, there were still over 150 Jewish and Arab Messianic teenagers and young youth leaders who gathered to lift up the name of Yeshua and to be a light in this dark world together.

The Holy Spirit in these teenagers was amazing. They created such beautiful things for the Kingdom, including this video made by the photography and art students.

The drama, dance and film students, Arab and Jewish teenagers together, planned out, choreographed and dramatized a story for a music video.

The video is still in the making but here’s a rough-edit excerpt that gives an idea of what it will be like.

One thing that was remarkable at this particular Dor Haba conference were the incredible, cream-of-the-crop young local youth leaders and media professionals who volunteered their time and energy to pour into these young people with the love of Messiah.

Everyone – from errand-runners to incredible logistical helpers, from drama and music teachers to passionate youth pastors.

(Two of whom sat with the group of guys who came from Arab families and shared the gospel with them for over an hour on the last night, resulting in one praying to receive Yeshua.)

The other amazing thing was the breakthrough that happened on the first night after the message. 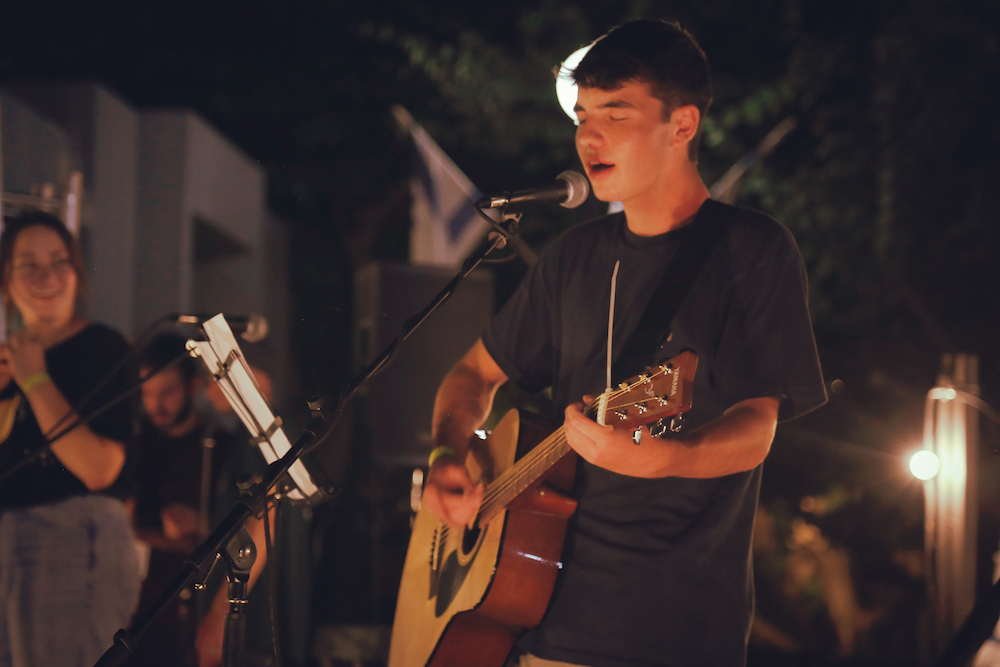 Succat Hallel director Rick Ridings had shared about the freedom that Abba wants to bring to this generation by the blood of Yeshua.

How He wants to break chains and remove burdens of depression, anxiety, loneliness, self-hatred, doubt, and apathy that the enemy has put over them this past season, in an attempt to keep them from God’s calling on their lives.

Over 100 teenagers came up to receive prayer, and many were crying as they received the Lord’s forgiveness and experienced His healing power.

The prayer time extended over an hour longer than we had planned.

The Holy Spirit simply showed up to move upon, convict and comfort their hearts.

The second evening was a night of worship and prayer led by the youth themselves.

The music and prayer students formed six worship teams, and they led several hours of worship and prayer in Hebrew and Arabic.

Two 15-year-olds gave the message about God’s forgiveness and grace being something we don’t deserve, but that He freely gives.

They gave examples from the Bible, from the life of David and others.

One of them made an altar call for all those who wanted to repent and receive Yeshua either for the first time or to rededicate their lives again to follow Him.

So many of them responded.

It was beautiful to see these teenagers grow in the gifts of leadership and humility.

And working through them to make a difference in this generation through the message Abba Father had put on their hearts to share with their peers. 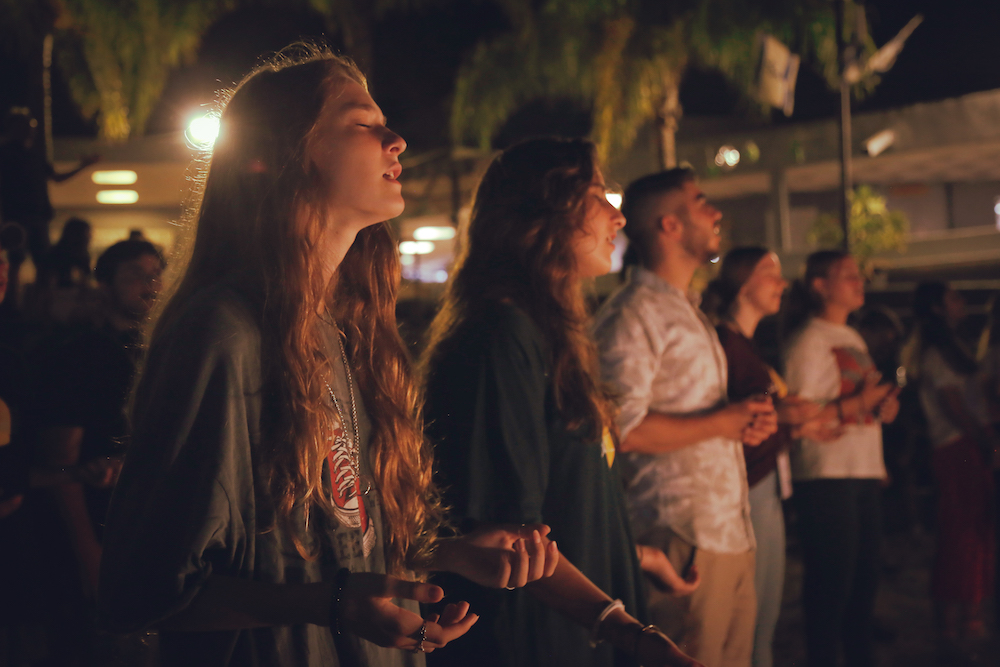 We want to thank each one of you who prayed and who sponsored a teenager so they could come.

We are privileged to partner with you and others in what the Lord is doing now among young Jewish and Arab worship leaders, songwriters, artists, filmmakers, budding pastors, evangelists, and prayer warriors here in this land.

We hope and pray that this work will continue to bear much fruit in this land and in the Body of Messiah here for years to come.

We are honored to play a small part in this with you.