It’s with a breath of fresh air that I’m writing to you… all eight of my beloved kids have returned to school after a hot, fun summer. It seems like the Dor Haba (Jil Sa’ed) Summer Worship Camp at the end of June was just yesterday. Testimonies from the camp keep coming in, even months later.

A few testimonies from the summer

In July, we made a trip to Bethlehem to visit some of the teenagers who had come to the camp. We visited their church, prayed over them and had a meal together. The pastor of the church told me that since the Dor Haba camp, the youth have returned to their church!

Apparently, almost all the teenagers had stopped attending for over a year. Despite this, they decided to go to the camp and God really touched them there. He said that they have now been going to church again regularly. And with a fresh excitement and expectation. He says now the church needs to start the youth group up again because they’ve all come back and are hungry for the Word! Praise God, right?

Another testimony came from a 19-year-old worship leader from a congregation in the north. She told me that her and all the other youth went back home so encouraged and impacted by what God did. They got their congregation to hold a 24-hour prayer and worship meeting the following week.

She feels it’s the birth of a new season for them. She said she had never felt so much joy in worship as she did at the camp this past summer.

Numerous parents have called us, all to say they have noticed a remarkable change in their son or daughter since the camp. They tell of how they’ve recommitted their lives to God in a noticeable way.

An Arab pastor reported that the youth in his church had made friends with Jewish youth at the camp. And how surprised and blessed he is that they are staying in touch.

Praise God for all He has done and will continue to do among the youth here. Thank you for praying for the camp. We really felt your prayers, and I believe they made the difference.

So, what’s happening in September? 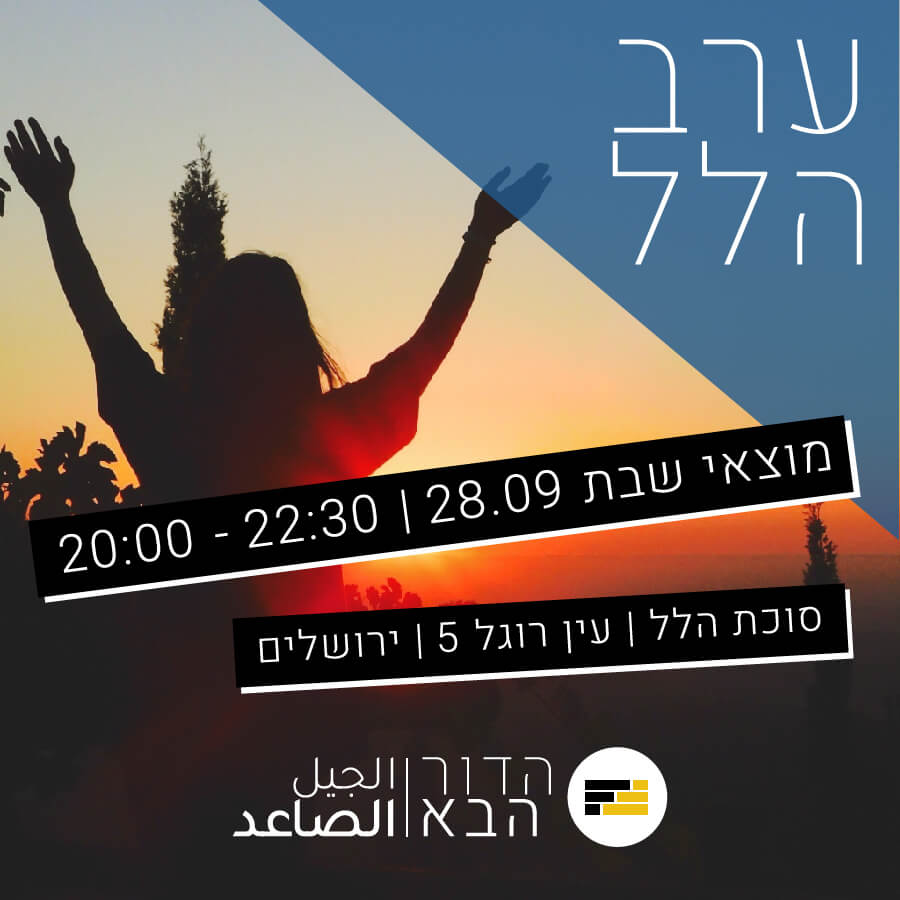 On September 28th, God willing, we will be having a Dor Haba worship night. Young people from all over the country are coming to fellowship and seek the Lord together. There will be time to pray together for their schools, army units or universities. And for their non-believing friends.

The young staff worship team from the Dor Haba camp will be leading worship. We will be sharing about the importance and power of prayer, and the change it can bring in whatever place God has put them. We will also be doing two songs from “The Voice of One Calling”.

This month, we’re invited to minister in an Arab church youth group in Jerusalem. The youth leader tells us most of the youth haven’t received the Lord yet. Please pray that God will touch their hearts.

We will be taking a group of Jewish Messianic youth with us to fellowship with them. We appreciate your prayers for our team, and for the believing teenagers going with us. Pray that God would lead us by His Holy Spirit as we minister there.

God willing, at the end of this month, we will release a recording of the song, You Are Worthy of it All, in Hebrew and Arabic. The song will also be on the upcoming Voice of One Calling album. It’s so moving to hear the Hebrew and Arabic voices boldly sing this song of adoration together!

This is one of the 12 monthly releases we plan on releasing this year. So keep your eye out for it at the end of this month or beginning of October. You can listen to our previous release, the new single from Levi Davis, “Anchor in the Waves”, here.

God keeps supplying helping hands and hearts, both locally and through international volunteers. Right now we have three really awesome young adult musicians here. They have been pouring themselves into the kids’ and youth watches. They will also join our local staff on the Dor Haba outreach days.

A few of the young, local worship leaders from the camp have been helping us develop the song library. It now has 500 Hebrew worship songs and almost 100 Arabic songs.

Our young local Israeli staff at Succat hallel and Dor Haba are simply precious, beautiful people who have a heart for God’s purposes in their land at this time. It is such a blessing!

The Kids’ Watch (this is the one song they did in English, the rest are in Hebrew).

We’ve begun the kids’ watches again after breaking for the summer. About 40 kids came last week, and we had a great time of worship. They painted some beautiful pictures.

The older kids led us all in worship. Kids of all ages prayed from the scriptures for more love and unity in the Body. We had a very special time. God’s presence and peace was very tangible. You could also sense His joy, as He saw His children worshipping Him.

The Youth Watch (here they began singing spontaneously, “we make room for you to come… Yeshua (Jesus)… come dwell in us)”.

The youth watch continued during the summer and on into the school year. Quite a few have gone to the army since they graduated this past year. We were sad to see them go, but God has brought some new younger youth up into the watch.

It’s beautiful to see the ones who were younger last year taking more leadership this year, as they are now the “older” ones. These older ones have been doing weekly prayer and worship together since fifth grade (so for seven years!). Last week we talked about their calling as “watchmen” and “priests”, and why they are a part of 24/7 prayer and worship.

“I have posted watchmen on your walls, Jerusalem; they will never be silent day or night; You who call on the Lord, give yourselves no rest…” – Isaiah 62:6

“If my people, which are called by my name, shall humble themselves, and pray, and seek my face, and turn from their wicked ways; then will I hear from heaven, and will forgive their sin, and will heal their land…” – 2 Chronicles 7:14

“Through Messiah Yeshua (Jesus), therefore, let us continually offer to God a sacrifice of praise—the fruit of lips that openly profess his name.” – Hebrews 13:15

It was a good reminder of what God has called us to!

Thanks so much for reading.

Thank you for your love, partnership and prayers. They are invaluable!